The Institute for Sensor and Actuator Technology (ISAT) is intensively researching the interaction of so-called guided acoustic waves (GAW) with electrochemical interface processes. The aim of these research activities is to accelerate electrochemical processes via the excitation of GAW on electrodes. ISAT’s research is built on the premise that the introduction of guided acoustic waves generates microconvection currents near the electrodes that can be used to degrade the Nernst diffusion boundary layer and thus the transport limitation.

ISAT technology has enormous potential, especially in processes for the electroplating of components in surface technology and process engineering.

The present project will therefore systematically investigate how the deposition rate in electroplating processes can be increased by acoustically induced near-interface currents excited by guided acoustic waves directly on the electrode at the interface to the electrolyte. The focus will be on the electrodeposition of thick nickel layers > 100 µm on industrially relevant complex component geometries. The project will investigate both experimentally and by simulation how the mass transport in galvanic systems can be influenced by means of GAW.

A major goal of the project is the further development of the innovative acoustic method for accelerating chemical interface processes from validation under laboratory conditions to qualification of the prototypes in an industrial test facility. The development of a process-suitable acoustic coupling unit for the excitation of GAW on the components to be electroplated is planned. In addition to determining the deposition rate at constant current, the project will also focus on improving the layer properties by acoustically assisted electrodeposition.

The results of the project should enable a final assessment of the integrability of the technology in industrial plants.

Multifrequency Reflectometry for the Analysis of Moisture and Salt Content in... 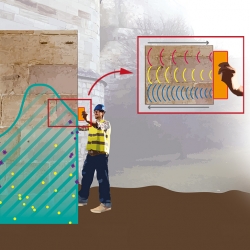 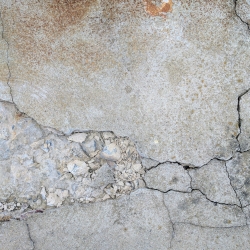