ISAT uses the ability of so-called lamb waves to propagate on both sides of a substrate to develop invisible touch-sensitive elements. Lamb wave technology can be used, for example, to create touch-sensitive buttons on a wide variety of materials such as glass, ceramics, metal, wood or plastics. The sensor elements – so-called piezoelectric sound transducers – are attached invisibly to the back of the components.

By adapting the frequency of the excited acoustic waves to the respective material and the material thickness, the side of the material facing the user becomes sensitive to touch: an invisible touch switch is created.  The touch effect is created by damping the acoustic waves running on the material when it comes into contact with human tissue. The wave is decoupled into the human tissue, leaving a wave with a lower amplitude on the substrate. The advantage over conventional capacitive technology known from smartphones and the like is not only that the technology can be used on a wide variety of materials, but also that it can be used on curved surfaces. A spatially resolved touch sensitivity can be realized by different arrangements of the piezoelectric transducers, which can also be used for human-machine interfaces (HMI). Similarly, the sensor method can also be used to detect the presence of liquids (e.g. drop detection, leakage monitoring for water damage, etc.). In recent years, the Institute has realized a number of touch-sensitive prototypes and test setups, for example a touch-sensitive tile for use in sanitary areas or a sensor array for spatially resolved drop detection. 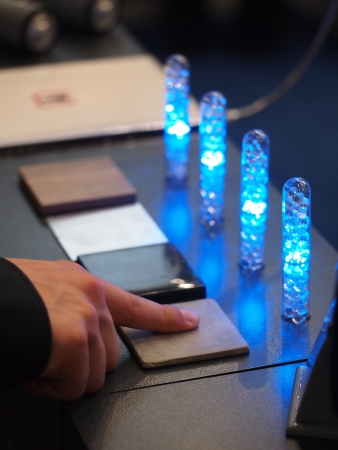 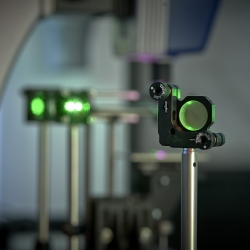 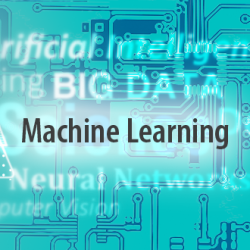